At 10.00am on Sat June 23rd seven of us sat down to learn how to make a teapot the Anthony Millowick way. There are no doubt many pathways to take in teapot creation but we quickly learned that over many years of the craft Anthony had refined a process that was tried and true and that began with Bennett’s Stoneware with the addition of fine grog. Throwing off the hump the whole time, and using basically three tools, he first fashioned a short spout using his pencil. All his teapots have short spouts because long ones get knocked off! Lifting it off and putting it aside to dry and be hollowed out later, he re-centered the lump and threw a large “thimble” for the filter, to be perforated when leather hard.Next came the body, and the tool of choice was the paintbrush for adding and removing water as well as shaping and smoothing. This brush featured constantly during the wet processes!

As all good demonstrators do, Anthony explained his techniques and their reasons as he worked, and also produced some pre-prepared bodies so that he could continue the processes without waiting for work to dry. Here we see him faceting the sides with a paddle to give the pot style and strength and below he also paddled the base to carry the style to the foot.Having used the unfinished spout to mark its position and gouged a circle of holes to mark the spot he used his popstick to break through and then also to smooth the edge of the hole, gradually enlarging it until the, now perforated, filter fitted snugly.No he didn’t use his pencil for the holes (!) but a custom-made hollowed metal gouge that had no doubt served the purpose for all his teapots over the years.The spout having hardened enough to be gripped firmly the popstick was again used to shape the profile to fit the pot around the hole and then also to gouge out the center to reveal the hole in the bottom end of the spout. On the right Anthony is securing the spout over its hole having prepared the surface with hatching and slip, smoothing it on with popstick and thumb. A close look will show that there are two spouts in the picture! Anthony believes in insurance!Now it was time for the handles, another idiosyncratic aspect of Anthony’s style, driven this time by his experience that large handles at the rear of the teapot are the first casualties and so he mounts them on top where they can’t be so easily knocked! But there’s more. Note how the front strap is offset to the left to accommodate a right handed pourer, and, you guessed, he puts them on the right for left handed users!

And now all that remains is the lid and lid(s) get thrown off the remnants of the hump, again using the popstick as the shaping tool. This was of course thrown after the body was removed (sounds creepy doesn’t it!) and set out to dry until ready for a trial fitting. Here we see Anthony at the table demonstrating this final stage to the group but he was at pains to point out that “in the real world” he would leave it slightly oversize and, after bisque firing, grind it down to fit more tightly than it would otherwise.

And so, although it was after 4.00pm, we of course made tea in one of the many pots and ate the cakes we had taken along, celebrating a most inspiring and enjoyable day. Thank you Anthony and a special thanks for donating your time to mount this workshop for Studio Potters. 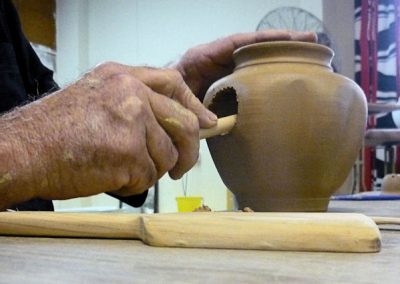 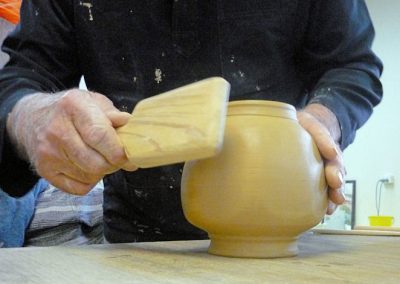 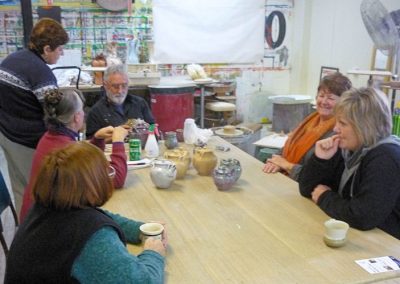 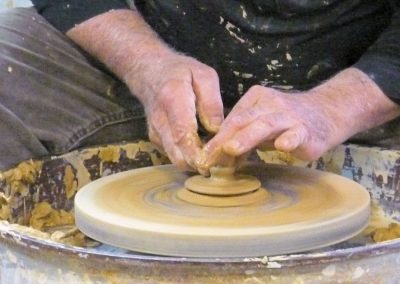 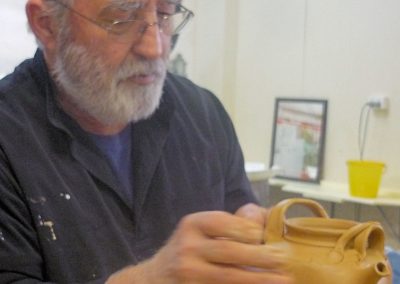 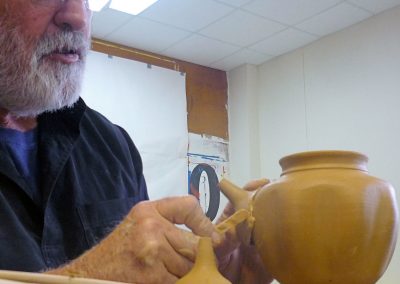 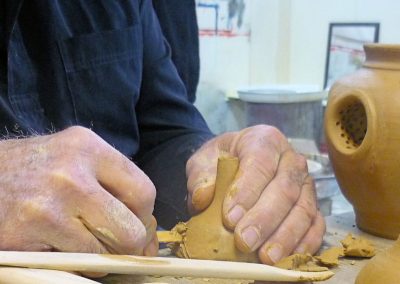 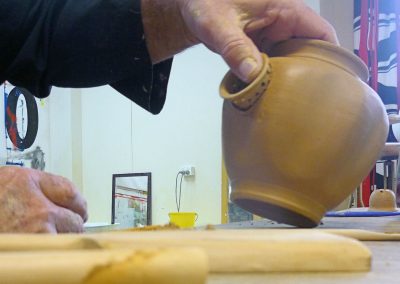 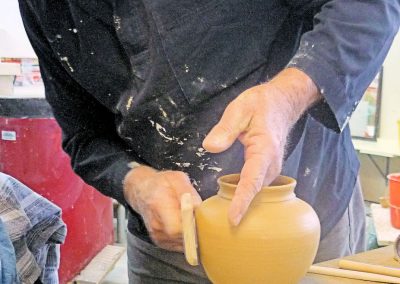 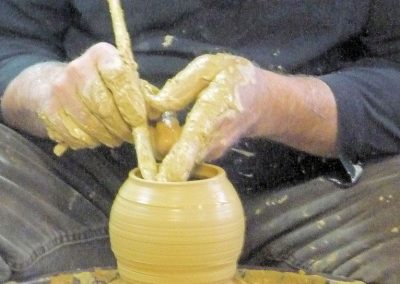 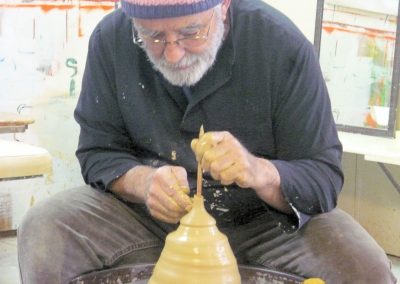